Let’s drag that word out one more time — the one that has become too much a part of our vocabulary these past few months.

School’s been finished for a bit. The calendar says it’s officially summer, and even in parts of our country where that season sometimes struggles to arrive, the sun is warm, the days are long, and the return to the rest-of-the-year routine that always kicks in on Labour Day seems far beyond the horizon.

In sports, hockey and basketball are in hibernation, having completed their seasons, their playoffs and their drafts, but the hot stove discussions that spin out of free agency are about to begin.

The Canadian Football League is in its early days. The French Open is over, Wimbledon about to start. Golf majors have happened and will happen. Once every four years, the Olympic Games are soon to begin.

And baseball, the true summer game, is near the halfway point of its long, long regular season. Three hours plus on a sunny afternoon — either in person or sitting on a deck or dock listening on the radio — seems like an entirely appropriate use of time. All of those hours of daylight tamp down the winter’s sense of urgency.

Nothing is decided yet (check out where the eventual World Series champion Washington Nationals sat in the standings at this time last year), but in anticipation of the end of July non-waiver trade deadline, teams and their fans are trying to decide whether they’re buyers or sellers, whether they’re in or out.

It has been like that, with minor variations, for every summer of all of our lives. Even in wartime, the games carried on.

So what’s to come this summer will be a new experience for every one of us.

Mostly, in life, new experiences are a good thing.

This time they’re … well, let’s start with “necessary” or “unavoidable” or “better than nothing,” and see how it goes from there.

European soccer has successfully restarted — the Bundesliga has even completed its season. Along with Korean and Taiwanese baseball and yes, the UFC and the WWE, those returns showed everyone else the way forward in the midst of a pandemic, from strict safety protocols to artificial crowd noise that made televised action seem less strange.

Next up is the resumption of MLB spring training in advance of a drastically shortened season, followed by bizarro Stanley Cup and NBA playoffs. Beyond that, perhaps, is the return of the National Football League. And beyond that, the great unknown.

Minus any precedent, it’s impossible to anticipate now just how it’s going to feel. What separates sport from other forms of entertainment, what transforms it from empty spectacle into something that brings us back game after game, season after season, that spawns loyalties that span generations, is the emotional commitment it inspires among fans. To really enjoy spectator sport, you have to bring something to the table. You have to invest in it. Not every game is a classic. Not every game comes with a satisfying conclusion, let alone a Hollywood ending, but still we surrender ourselves to our favourite teams.

Can we, will we, still do that now that the familiar narrative of our lives has been so severely interrupted?

“I don’t miss it at all,” you hear from some. “I don’t have any interest in watching hockey and basketball in the summer, in watching a 60-game baseball season, in watching sports without fans in the stands.”

Perhaps those feelings will persist. Or perhaps, being able to claw back a bit of normalcy — there’s a variation on that word again — in the least normal of circumstances will only heighten its appeal.

Richard Deitsch and Donnovan Bennett host a podcast about how COVID-19 is impacting sports around the world. They talk to experts, athletes and personalities, offering a window into the lives of people we normally root for in entirely different ways. 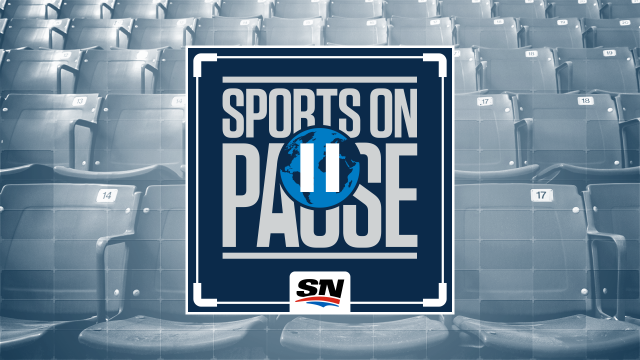 Now is when we really begin to find out. The other sports that have restarted (apologies to soccer fans) have been novelty acts for many of us. The return of the Blue Jays, the battle for the Stanley Cup, the Raptors’ attempt to repeat — that’s the meat of it, the stuff that can put this entire country on pause in the best of times.

Can it do that in the worst of times, the most unsettling of times, with the whole calendar off kilter?

And of course all of this could still come to a crashing halt, as the events currently spiralling south of our border make obvious. That lack of certainty hovers over everything now.

It’s no time to be complacent, let alone smug. Remember how it felt to be oblivious to what was happening elsewhere before the Rudy Gobert night in March, when the pandemic seemed like the exclusive problem of other people in other distant lands.

But on this Canada Day, minus the mass gatherings, minus the fireworks and the concerts and those bright red home uniforms at the Rogers Centre, it’s also worth remembering that however imperfect, ours is a very good place to call home.

Trump gets poor marks on coronavirus during 2020 election: CNBC/Change poll

Trump gets poor marks on coronavirus during 2020 election: CNBC/Change poll